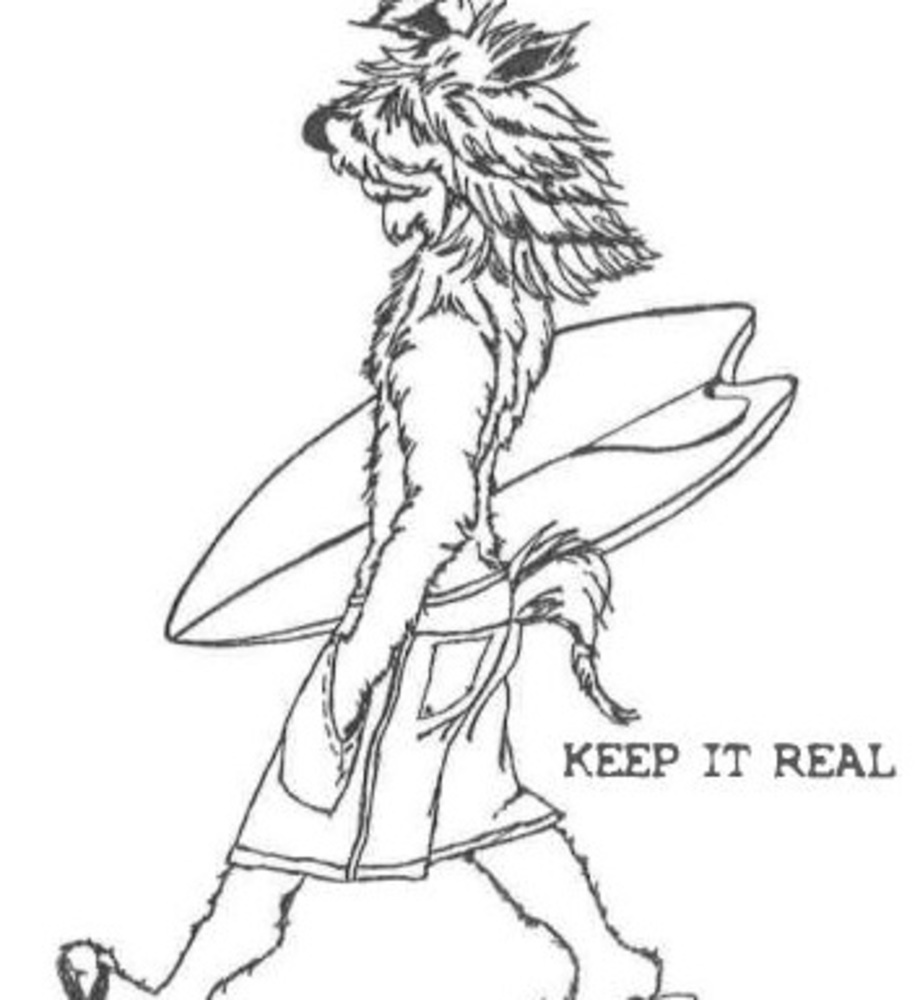 1. Do some light stretching to loosen up your core muscles?  The lower back and shoulders get a lot of torque.

2. You need to find the "sweet spot" on the surfboard. This is the position that when you are laying on the board with our feet together centered on the board, your chest and stomach also centered on it and the board is completely level on the water.  The nose is not up in the air nor is the tail sticking up.  The board is flat from end to end on the water surface.  look down on the deck of the surfboard and try to memorize where your eyes are perpendicular to the board in that position so from then on whenever you jump back on it you will shift yourself back to that position.  Think of it as a ship.  In order to move thru the water most efficiently, it must not have any unnecessary drag fore and aft.  This is what you want to achieve too.

3. The arms are the muscles that will be used the most when the waves are bigger and require long paddling to get to them.  So saving arm strength is key.  This can be done more easily here in Florida due to our sand bottoms which allow us to stand on them while holding our boards and jumping into the oncoming waves when shallow enough.  If this tactic is used, and regardless of the size of the board, one technique is to wrap your arm across the nose area of the surfboard gripping the side, aka rail, with a tight grip and pulling the board tightly to you so the closer rail is tucked into your armpit.  With this locked position, you can now dive head first into the oncoming white water with board in hand and go as deep as possible to pull you and the nose of the board beneath the surface which allows the white water to then run over the rest of the surfboard which is still above the surface.  The angle of the impact will use your body as an anchor so to speak thereby reducing the impact and the amount of drag you will be pulled backwards.  This method saves arm strength because once the board is locked into position; it's the legs that do most of the work on the diving effort.  Duck diving is another technique but is only viable for small surfboards so I won’t go into that here.

4. The paddle motion is next since now that you've gotten in the water and are trying to get out past where the waves are breaking, that is typically how to get there unless it’s so shallow you can walk the entire way.  Paddling is pretty standard.  Stroking one at a time, keeping the arms as close to the board as possible, cupping the hands with fingers tight together to grab water like a canoe paddle and sinking your arm to the elbow so your entire arm and hands are pulling the water.  This will give you the most acceleration.  When there is a lull between sets and you can see you have lots of open water between you and the outside (aka the area beyond where the waves are breaking) then you may want to slow your paddling down a bit to relax a bit.  But this can backfire on you because sets can come in unexpectedly and catch you on the inside (aka the area where the waves are breaking) and then you can get worked for some difficult battling with the pounding surf.  So most often it is best to get out to the outside as fast as possible and then rest when you are safely there.  If you are on a shallow enough sandbar when you see a large set coming then just stay in place as best you can using your legs and the method in item 2 to fight thru it and after the set is completed, then paddle out.  You will likely lose some ground during the process but the arms will be preserved for the paddling and most importantly, for the pop-up.

5. Now you are on the outside.  You can rest for a bit.  Try sitting up on the surfboard as if on a horse.  This position will allow you to see 360 degrees much easier.  You can see oncoming swells, the shore line and your position relative to where you paddled out etc. much easier from there.  You can face the ocean and as you see waves approaching, you can then go to the prone position and paddle to where you can best catch the wave.  Also, while in the sitting position, use your feet and hands to spin around similar to a duck paddling the feet in opposite directions to spin in a circle.  This comes in very handy when in tight conditions with other surfers or fast breaking waves.

6. To catch the waves is the next step.  This is often the most challenging especially on beach breaks such as what we are dealing with here. The waves here shift all over the place and break in highly unpredictable locations so it’s very hard to read them most of the time.  So don't be frustrated if you surf all day and don't catch a single wave.  It happens to even the best of surfers.  Don’t rush it.  Surfing is not a sport that is time based, at least not for non-competitors.  Enjoy the ocean, watch the swells and try to observe any consistencies that may give you an advantage as to where a certain sandbar is working better than others.  Once you are comfortable with your position as you see a wave approaching you will try to position yourself as close to the peak of the wave as possible and turning your board toward the beach, laying prone on the sweet spot, paddling toward the beach while the wave approaches from behind you.  When you have enough forward momentum and you feel the wave start pulling you up the face of it, grab the rails of your board, extend your arms as in a push-up motion while simultaneously bringing your knees under your waist to get to a standing position as quickly as possible.  You want your feet to land with your back foot a few inches in front of the fins and the front foot to land a few feet in front of that.  The board will function like a see-saw here for this short instant.  As the wave draws you up the nose will be pointing down.  So by standing quickly on the tail it will keep the nose from submerging.  Once you have made the takeoff, and the board levels out, you can adjust your footing by sliding forward or holding the same position as the wave dictates to keep it level which will thereby give you the best speed on the ride.

7. The next level is turning the board so you can ride the open smoother face of the wave where you are not in the foam.  This is done by keeping your knees bent slightly, pushing down with the back foot which is close to the fins, the rudders so to speak, and then leaning the torso simultaneously but keeping the core centered over the surfboard.  Keep the arms up for added balance and drive the board thru the turn with your legs and core muscles.  As you watch experienced surfers you can see various styles and methods.  You will develop your own as well.  Once you have mastered the turning you will be on your way to getting the most out of the waves you ride and then there are no limits to what you can experience.

8. Some important safety precautions before you paddle out.  Watch for fish activity.  If a bunch of pelicans are dive bombing in a spot don't go there.  Use proper sun protection.  Don't be alone. Accidents happen even in knee deep water.  Wear a leash and have it tightly attached to the ankle of the foot that will be at the rear of your stance to keep from tripping over it.  Keep an eye on where you are relative to the place you paddled out at and to your distance from shore.  Rip currents are prevalent all along beach breaks.  Your advantage is being on a surfboard, you can easily paddle parallel to shore for 20 or 30 feet and that usually is far enough to get out of it and then you can paddle back toward shore to get back in the take-off spot.  Most important of all is to never panic regardless of the situation.  If it looks too dangerous for the level of experience you have, then don't go out there.  It’s not worth it.  Find a safer place or just watch.  Chasing Mavericks is a good movie to learn things from.

TIPS ON SCORING GOOD WAVES ALONG THE FLORIDA COAST

There are many variables involved in trying to catch the best surf conditions.  In this area, the bottom contours are mostly the same except for certain spots like the inlet and piers. The sandbars form different there so it can create better waves than the regular beach breaks. Currents and swell direction constantly change the sand bottoms though so even those spots can go thru periods that have crummy waves. The majority of surfers flock to those spots so it's very difficult to get many waves there even though the waves are better quality.

The wind is the 2nd most influential factor on the wave quality.  If it’s calm or offshore, i.e. westerly, then those will give the best surface conditions as the waves will be smooth and clean with glassy faces. That is ideal. Any other wind direction will put chop on the surface and that will reduce the quality.

Then lastly are the tides. Certain sandbars work better at certain tides. That's where consistent observation and a little luck come into play. Generally speaking, my break out front works best at mid tides. So about 2 to 3 hours before low tide to about 2 to 3 hours after low tide seems to be best here. Once the tide gets fully low it closes out much more and once it gets too high it shuts down on the outside bar. So it depends on your location and how the bars are set up for the best times to surf there. Once you figure that part out then you can read the forecast, see when the optimal swell size and direction is, along with the winds and tides, and if you can get all 3 to coincide then you can have a better than average chance of scoring.

There are a few other minor items to consider as well but those are the main ones. Time and experience is the greatest teacher. So be patient and observe your break or numerous breaks as much as possible and you will learn which conditions work best at each of them. By and large, there isn't a great deal of difference along the standard beach breaks though. It's mainly at the focus points that the waves have significant differences.  Having so many cams and reports these days is a great asset but just as great a curse. There are no more empty lineups on those sneaker swells when no one knows it came in or where it came from. The masses are always aware now.